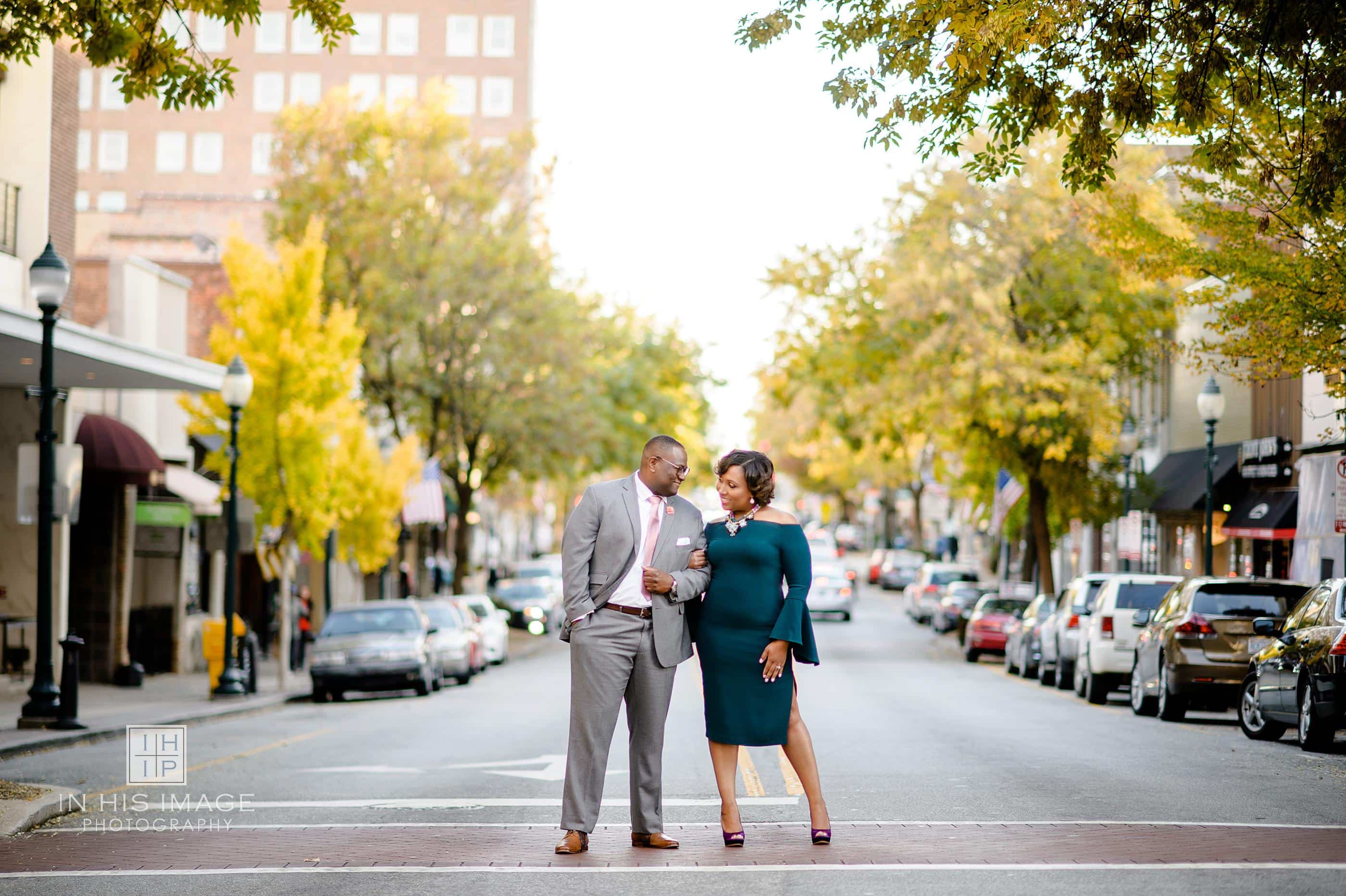 Brenton + Crystal are tastemakers in their own right! They are both intelligent, multi-talented, go-getters, with a passion for Christ and helping others. They’re true movements on their own, and the epitome of a force together. Last November, I had the pleasure of venturing to Greensboro, NC where it all began for these two. Their eye for detail and glamour, are shown in their engagement style. And I’m certain it will only be heightened for their wedding day, as they open a new chapter in the very city their story started. 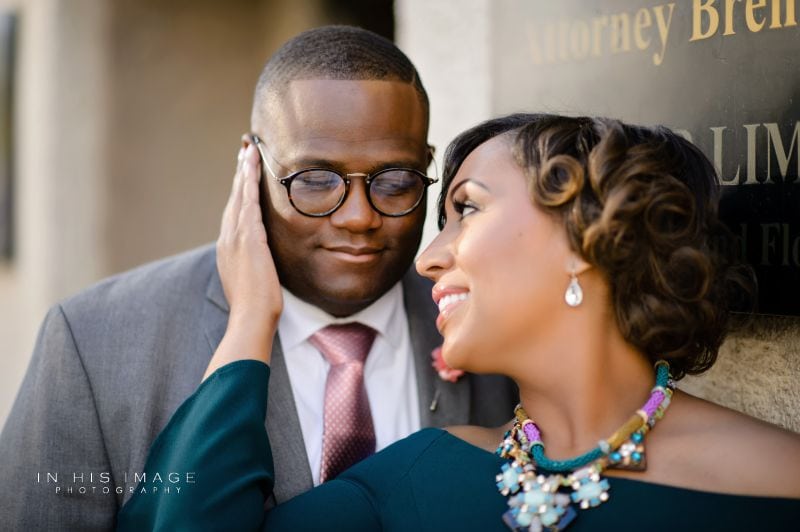 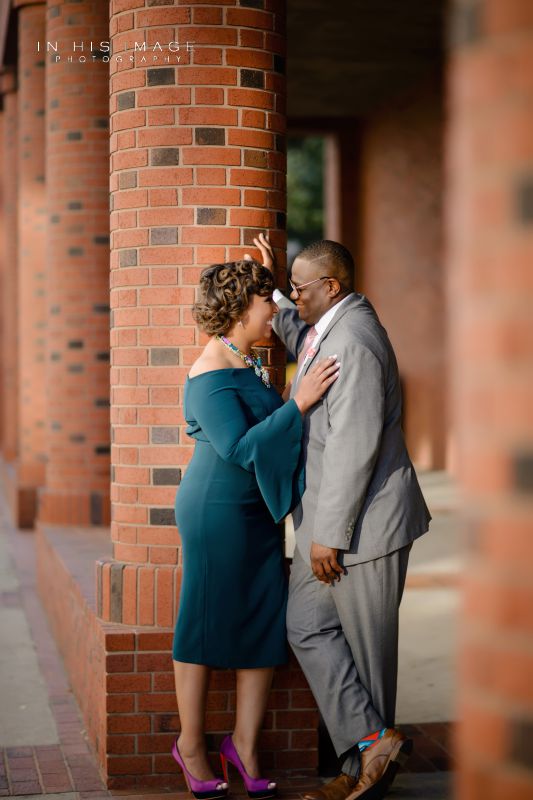 Share with us how you two met:
The two officially met at the Gate City Alumni Chapter, Young Alumni Mixer in 2009. It was at this event that Brent approached Crystal and asked her out for dinner, to get to know her better. The two went on a couple of dates but, sparks did not fly at this time. Crystal and Brent each continued the next few years on their individual journeys of growth and maturation in their faith and careers. 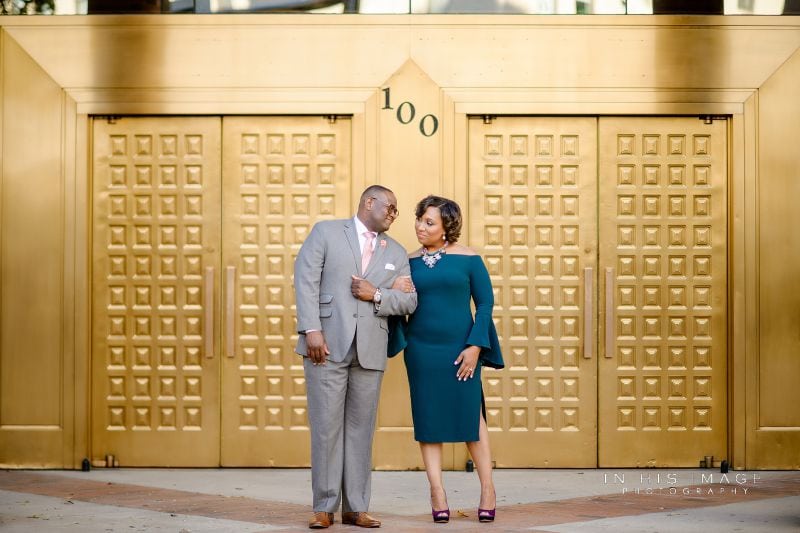 They kept in casual contact, remaining connected as alumni of NCA&T, when in 2013 Crystal attended the grand opening of Brent’s law firm, The Boyce Firm. Shortly thereafter, Crystal contacted Brent seeking legal assistance for a family member. Some may call it coincidence but these two call it fate, approximately 10 years after their initial meeting they are brought together again and have another opportunity to get to know one another. During one of their conversations about the legal situation, Brent invited Crystal to his mother’s surprise 70th Birthday party in Gastonia, NC and to Brent’s surprise (and Crystal’s) she accepted. Although the two had casually known each other over the years it was at his mom’s party in the comfort of all his loved ones that he began to truly see Crystal in a different way, through a lens of adoration. The same holds true for Crystal. 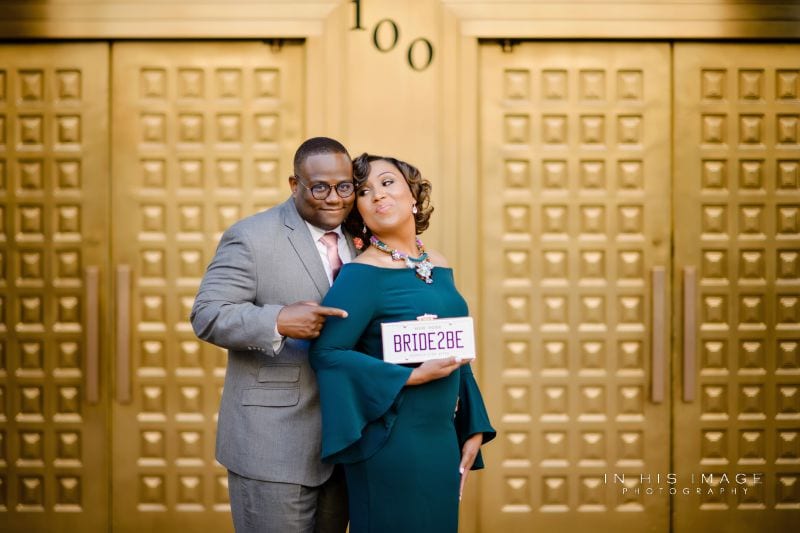 From that point on their casual friendship accelerated into a serious relationship. The initial bond of loving the university was deepened as they began to talk for hours at a time. Learning more about each other was not something that they wanted but rather desired. The newness of love was exciting for the both of them. They both realized that although growing up states away that they had so much in common. The “car chronicles” as they call it (conversations in the car for hours) ranged from everything about their love for God and family, passion for helping others, traveling the highways, eating great food and their shared eye for fashion, was just the beginning of their journey. Every moment has been unforgettable. 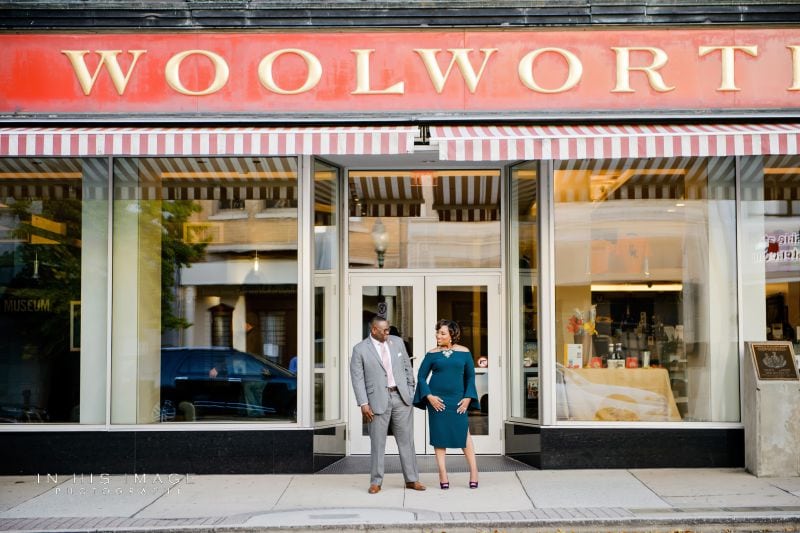 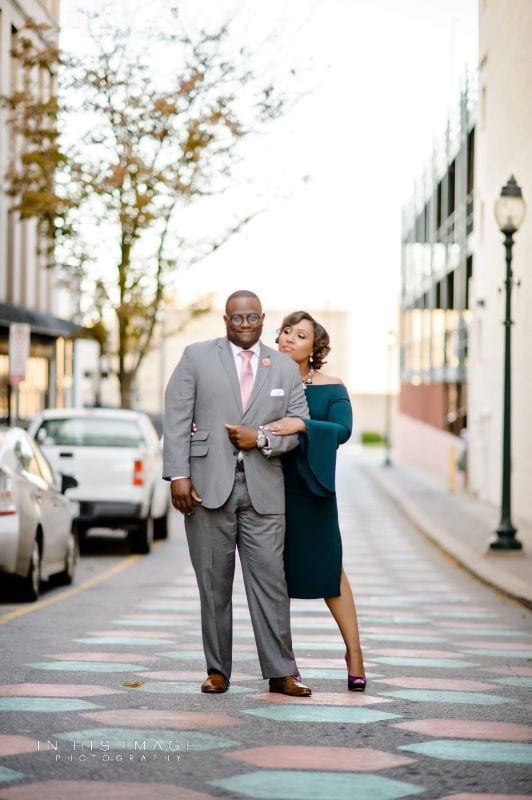 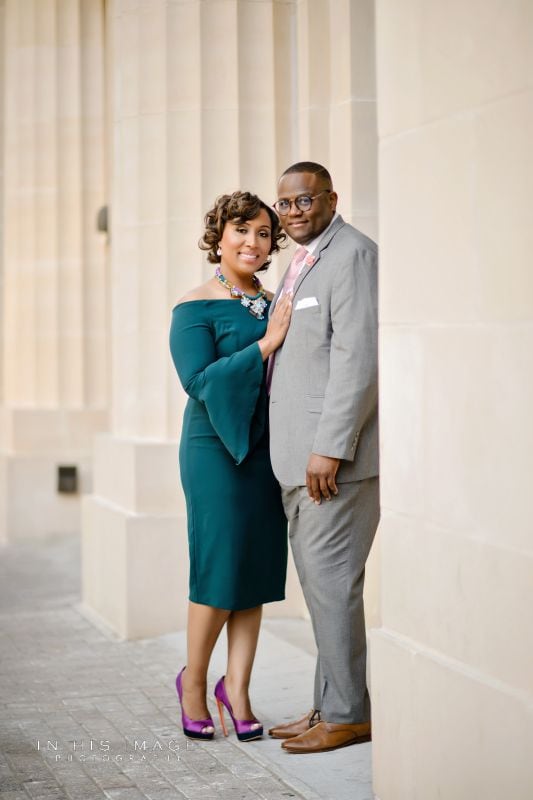 Tell us about your proposal:
With assistance from their families, Crystal planned Brent’s 35th birthday party. The irony is that she also planned the Alumni mixer that brought them together initially in 2009. While Crystal was consumed with making sure that her love, Brent, had a great time on that evening; Brent was more concerned with making a lifetime of great memories together. Prior to the party, Brent actually had no plans to propose but the power of God and his love for Crystal were so overwhelming that he could not let that moment pass by. An hour before the party it was final in his heart, this was the day that he would ask her to be his wife. So, in front of over 100 guests and with the last-minute blessings from her parents, just five minutes before, Brent dropped to one knee and asked his now fiance’ for her hand in marriage. Immediately following the disc jockey played “Let’s Get Married” by Jagged Edge. Because of their shared commitment to family, it came as no surprise to those witnessing that Brent decided to do something so special on his birthday (July 9, 2016) in front of all of their loved ones. His loud cry of “I love her” and her resounding “yes” to his question only reaffirmed what everyone else already knew; they were made for each other and this was indeed their season for LOVE. 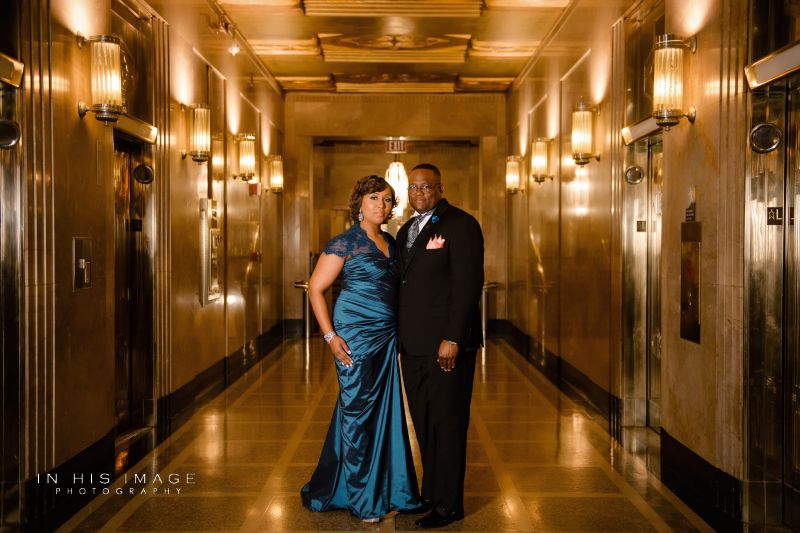 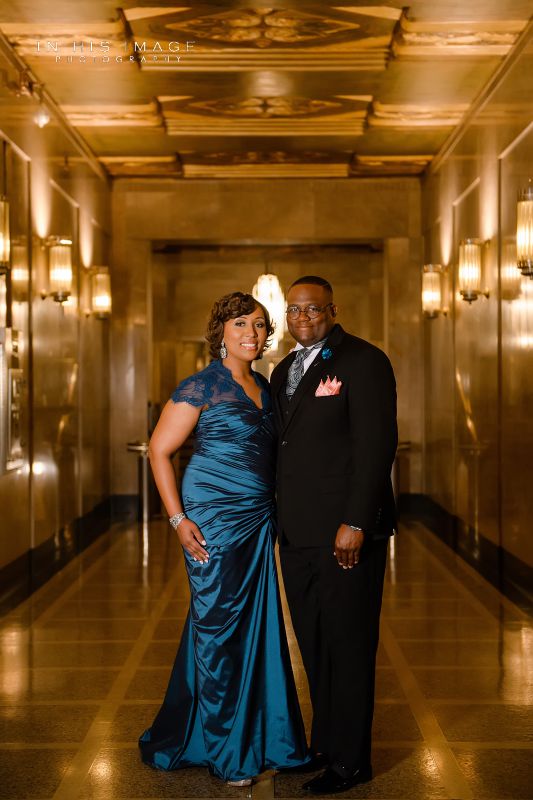 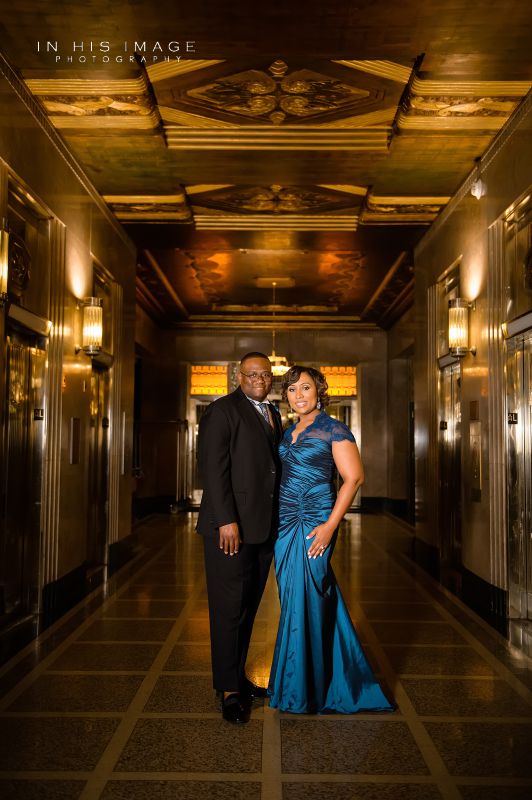 How / why did you choose your engagement session location?
Being originally from DC – we wanted something upscale and that fit both of our personalities and fashion sense. That is why the Kimpton Cardinal was the right choice to select and then in front of the law office where we had reconnected – downtown Greensboro to help give that city vibe of where Crystal is from. 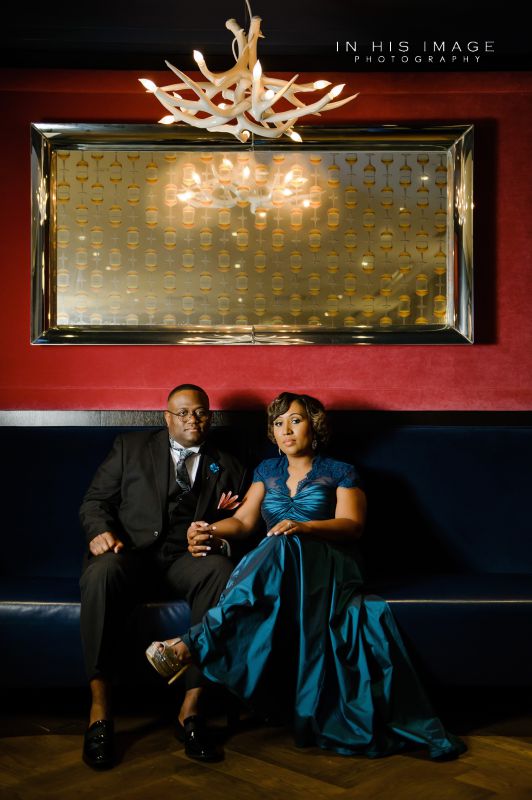 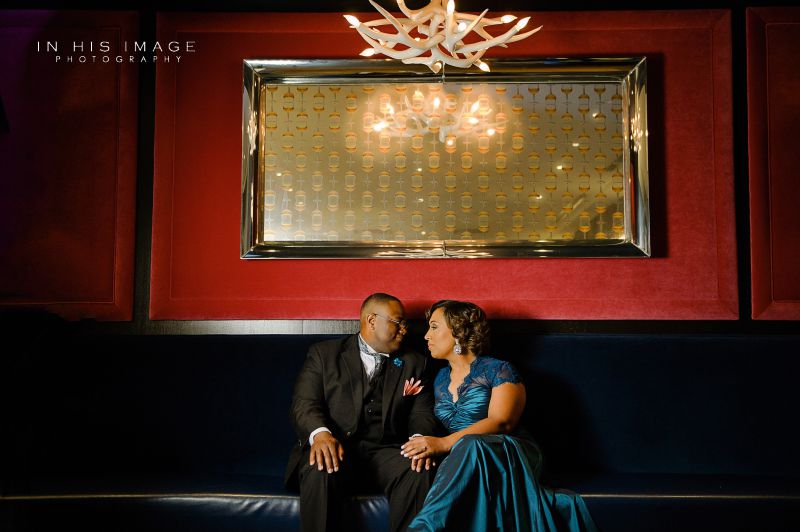 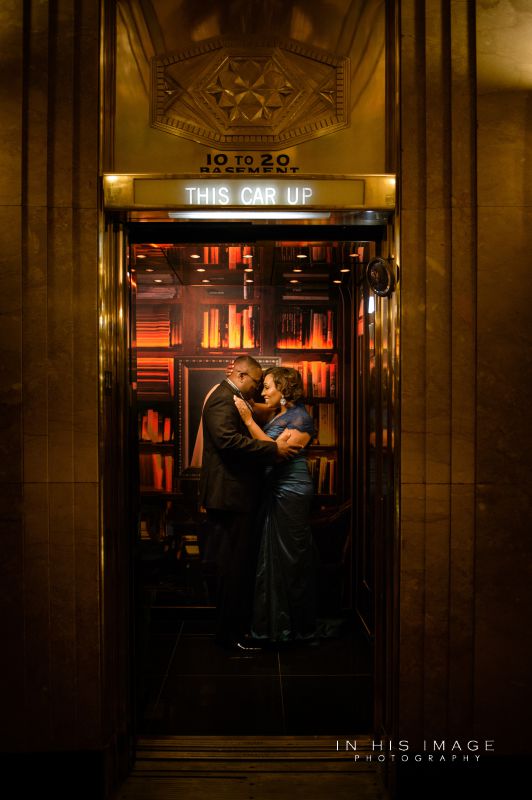 Are You Planning for Your Wedding Day?

This is no doubt an exciting time for you, and I'd like to help. My team and I photograph 40+ weddings per year all over North Carolina, Virginia, South Carolina and Georgia.

You will be in good hands. My team, In His Image Photography, has over 300 5-star reviews on The Knot and WeddingWire combined!

Use the buttons below to see our availability, starting prices, and to contact us for more detailed information.

In His Image Photography